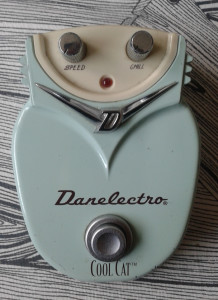 Earlier versions were fed with 18V supply and supposedly sound even better. My unit is the later one with standard 9V input, making it very common and easy to obtain chorus box.. Got it for a reasonable price a long time ago. Comparison between the two versions would be very nice thing to experince. Oh well. I guess i’ll just have to keep an eye out for the old one. The 9V supply is way more popular and easier for people to use. So i see Dano’s point in changing the supply for later models. By my experience (and due to not having played with original 18V version), this is the king of all choruses. Built to take a large hit from a large beaver. On the negative side, the box is big. 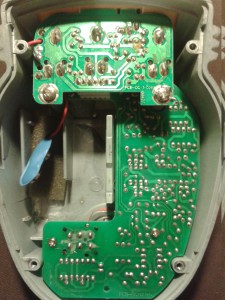 The traces are sturdier than on most factory pedals in the same price range. Soldering is also neat with just a tiny hint of sloppiness around here and there.

The Danelectro way of building these things is admirable. Circuit boards stacked and cut to fit the enclosure perfectly. Techinally the designs is your standard 3102/3207 timed chorus with standard controls of LFO speed and width/depth, that is now called “chill”. 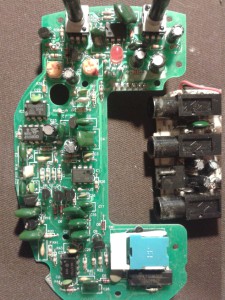 By today, i still have not seen one of these units with a broken or non functional switch. Maybe i just don’t know about those cases, or they just last time way better than other similar plastic solutions. I have heard complains about the plastic jacks, but i’ve personally never ran into problems with those either. 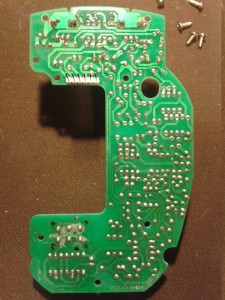 All in all, there are lots of similarities between the “original” series and later mini series, including the switching (which is not bad), the pots (not that bad either) and the jacks (not great, but not too bad). So the main difference between these and some of the mini series boxes is the metal vs. plastic enclosure.
This. Definite workhorse.

How does it sound?
Like a landmark for soft analog choruses. Doesn’t bend to extreme settings, but does the thing i expect it to do and does it really well. If i was to use a chorus on my board, this would be very high on the list. Did i already mention it sounds soft and pleasing on all possible settings? Guess not. But it does.