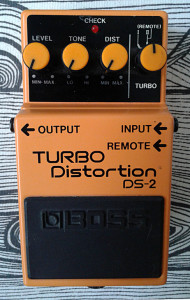 What is it?
Boss DS-2 Turbo Distortion from compact pedal series. Made in taiwan, february 2003.

Probably the best known as Kurt Cobain’s distortion of choice. I had to get one out of pure interest. I sourced all the Nirvana CDs as used ones last spring. Since there are now expanded reissues out of each and every one of those, one can score the original CDs for pennies. Sure there’s some nostalgia in there, as i (and probably half of planet’s population within certain age range) did listen to those records a  lot when i was in school. I think Nirvana’s grunge was the last “boom” of guitar music to reach an audience as huge as it did. Of course there were a few bigger attractions after it too, but nothing as huge (Green Day’s Dookie craze, scandinavian action rock, etc. etc.). Anyway. As i listened through the discography, i felt like it would have simply been the sound of AC/DC-styled marshall stack maxed instead of somewhat puny DS-2. But as the internet lets us believe, Cobain was apparently a fan of Fender amplifiers. And those aren’t exactly known for their powerful overdriven tones, so the sound had to come from somewhere else. Ok, ok. I promise. No more talk about Cobain on this blog. There’s a schematic up at distortionpedals.org. 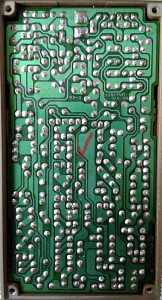 Modernish traces and the board looks rather full. If we look at the schematic, we find at least four gain stages and as most interesting single feature – no opamps. All the distortion is coming for all discreet design. Two JFETs and two BJTs do create sort of a discreet opamp for the distortion control. In addition of those, we see soft and hard diode clipping stages. The circuit does remind me a bit of the design inside BD-2 Blues Driver. Only remind. The similarities aren’t that notable. As features, we have the standard gain/tone/level setup. Plus something called a Turbo mode. The electronic turbo switch seems to add a lot of punch to the first gain stage. One can use a latching remote switch to toggle the mode on and off. 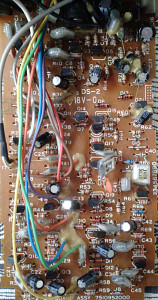 The electronic and board design, build quality and, well. Everything else is on par with the whole Boss catalog. Not super interesting, but i see nothing wrong with it either. Nice box.

How does it sound?
Like a machine that transforms squeeky clean amp to a Marshall stack with everything maxed (or with all settings louder than everything else). Two modes are for high gain distortion, or even higher gain distortion. With the gain setting one can get rather Marshallesque overdriven tones as well, but the brightest shine is still on when that control is maxed. All the controls have sufficient, usable ranges. The amount of distortion isn’t has high as for MD-2 Mega Distortion, but still high. There is slight overdrive-style mid hump present, which without a doubt a feature. This pedal doesn’t sound bad at all. It sounds pretty much  the same as the guitars on those Nirvana albums.