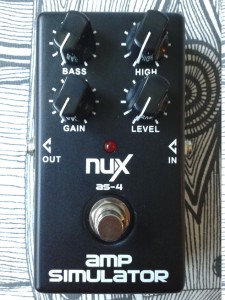 What is it?
Nux AS-4 Amp Simulator from Nux New Analog series. Made in china in 2013. Cheapest thing there is.

These units have around for some time now, and this unit is part of family of four. There is Overdrive, Chorus, High gain distortion and this one – The Amp Simulator. The price tags raised a few questions. Could it be usable or just crap in design and build quality? Is it one of those cheap 1:1 corporate clones that flood the market from china? I wanted to find out, so regardless of the risk, i bought this one. Of course, i ripped it wide open as soon as it landed on my mailbox. 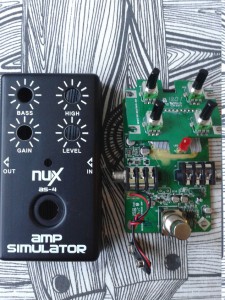 As the japanese started to use two separate boards in the beginning of the 80s, we have the same board method utilized here. The biggest difference being the 1590B-sized box instead of higher type commonly used by Boss and others. The bigger board has the effect circuit and switching, while the smaller board holds only the controls. Standard true bypassed pedal with “meh” build quality. Some ugly flux residue, but the components are baked on neatly. 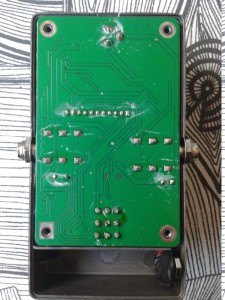 The design methods are not bad at all. The screws that seal up the bottom plate are also used for fastening the bigger bottom board to the enclosure. If you’re going to build pedals in huge mass produced fashion, this is the way to do it. the jacks are screwed on to the box as well, offering some more sturdiness. The engineer behind the box design knows his stuff. 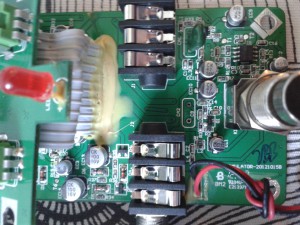 Note the wax on the picture above. Yes. It is ugly, and probably not the greatest way to secure the ribbon cable connections. It still seems better to have the wax in there than to rip the joints off accidentally. Mix of mylar caps in otherwise all SMD board in Digitech manner doesn’t convince too much… 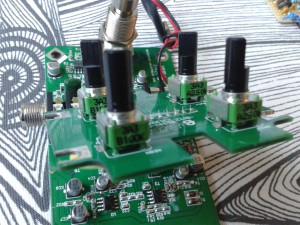 Next up is the one biggest issue i’ve come across. The pots. While those may be 1:1 clones of Alpha brand components, they are not good. One big culprit on the whole pedal. They work – yes. But they turn way too easily – in a word, they are just too sensitive. Just a tap with your foot can ruin your perfectly tuned settings in a heartbeat. If the company didn’t “save” money on pots, i would strongly recommend these for anyone and everyone. It is quite sad. One little thing ruins a design that is otherwise reasonably good. 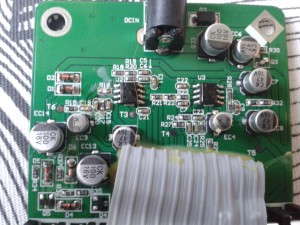 Didn’t go too deep on to what the design has in store. I’m just going to leave it by saying that the component selection reminds me of Xotic’s BB preamp pedal.

I’m also hoping that Nux won’t sell these things as OEM for cheapo brand boxes for their own good. So far i’m quite confident that the future of original chinese pedals lie within Nux.

How does it sound?
Soundwise too. BB comes to mind. So it’s rich in bass and warm in gain. Overall tone is pleasing and starts from mild preamp with natural feel to it – which then can be turned to soaring gain monster by turning the gain knob. The overall sound has a lot of common with good tube amps’ overdriven sounds. With versatile bass and treble controls and well working gain control, this is very usable and good sounding pedal for a good price. I’m just hoping they acknowledge the pot issue and fix it. Before that happens.. No recommendations from me. I’m going to use myself as a guinea pig and get all four pedals in this analog series. Well see then…