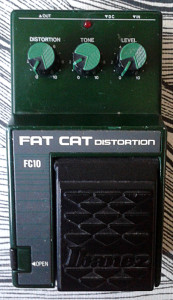 What is it?
Ibanez FC10 Fat Cat Distortion from Power series. Made in japan between 86-89.

The first Ibanez take to replicate the ProCo Rat was a success of its own. A buffered Rat with standard Ibanez electronic JFET switching. Sure there are numerous other Ibanez takes on the Rat later on, most with more drastic changes on the designs, but this one – It’s pretty much one to one with the original Filter control reversed to act as a more commonly used tone configuration. Solid dull traces and everything is as everything is with most of the Power series boxes. 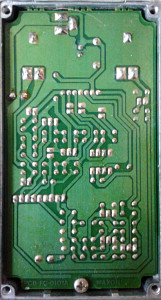 There are various schematics available, but from the experience, the one at Dirk’s page is the correct one. The board has a lot of room on it. The switching section is located at the lower left corner, so the size of the effect itself is just small. Due to asymmetry of the component layout, this one gets a harsh judgement from me. There’s enough room to paint pictures with the layout, but no.

The chip in the Fat Cat is JRC5534 single opamp, which has the needed compensation and balance features. Those are, however, in between other pins than in the original choice in Rats, the LM308. So one can’t turn his/her FC10 into 1:1 Rat by just swapping the opamp to ProCo specs. 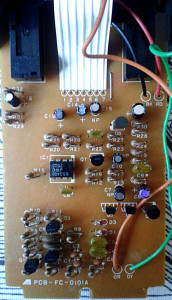 For the units i’ve seen on sale, they all went immediately. I don’t think the unit is that rare, it just seems like it is very desired distortion. And by considering the sound, i do get it.

How does it sound?
Like a Rat with a way higher input impedance. Meaning that your pups won’t load as much as they do on the original Rat/Rat2. Aside from Tone control working in more conventional manner, there just isn’t too much of a difference to the sound. The changes are for the better, so this might be a nice option. If you can, get one. For cheaper than a reissue ProCo Rat/Rat2 that is.