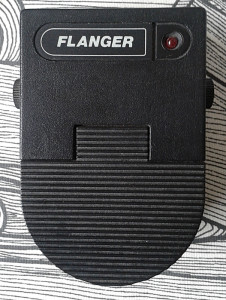 What is it?
Carlsbro Minifex Flanger. Made for Carlsbro by Cliff Electronic Components. I’m still not certain about the location where these came from, but the series of 6 pedals was released in 1982 and i suspect the  manufacturing span wasn’t more than a year or two, tops.

Carlsbro effects have been around for a long time. Carlsbro as a company is better known for amplifiers, but their pedal ventures started all the way back in beginning of the 70’s. First units Carlsbro was selling were OEM’d Sola Sound designs. Later there were the “Alu” series of massive enclosures and following those, the Minifex series.

There is very little information available on these units. Designs of the two stacked boards bring to mind a japanese origin (just a hunch), but the board manufacturing methods look a lot like early pedal boom at chinese factories. It could be manufactured in japan or korea too, but for some reason i find that hard to believe. OEM company has had many collaboration factories in asia for a long time. Without better knowledge, i simply do not know where these came from. 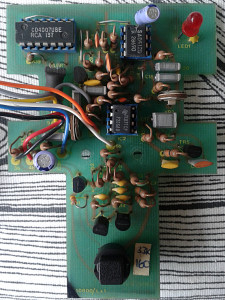 Notable things designwise are definitely a SAD512 BBD and a “roll-your-own” style optoisolator. My guess would be that the CD4007 is acting as a flip-flip for the bypass switching, but design doesn’t look too familiar. 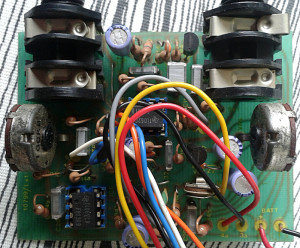 Pots are shaftless type and the knobs are simply pushed inside them. Every IC is socketed and there are tons of things that i find, for some not so obvious reason, fascinating. Sure there are some caveats. All plastic box with super cheap feel to it, plus it only runs on a battery. 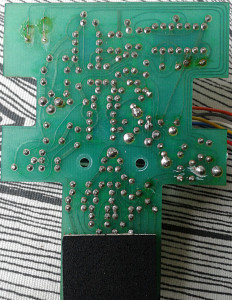 Traces look like they have been produced with cheapest methods available. This isn’t too big of a problem, but it keeps the unit from getting my complete attention. Solder joints are looking neater than what one would expect. 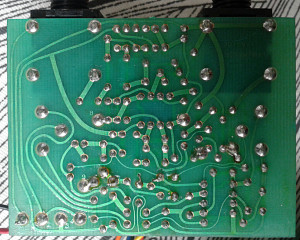 Pedal has reasonable build quality for the price range. One of these plastic peculiarities that may have been sunken to the void for a reason. I personally like it, even though it is what it is. It would be very interesting to get my hands on other boxes from this series…

How does it sound?
Pretty standard with nothing too special . Still pretty slush with some personal character to it. For the plastic feel of the box, the sound is surprisingly good. For those massive airplane flanges, look elsewhere. This has the vintage slush that many players want from their flangers. It is definitely not the worst flnger around. If these were growing in trees, i would probably rehouse one with true bypass and modern power jack to get the sound with me. With battery operated plastic box? No. I’m not taking this anywhere from home. The sound is still better than with most current production analog flangers.