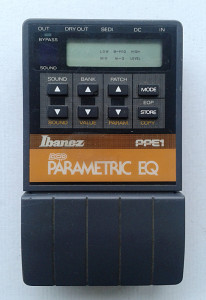 What is it?
Ibanez PPE1 Parametric EQ from DCP series. Made in japan around1989.

There may be a reason for this series being scarce for those who want them. These may not be as relevant for today’s guitarists as they were back in the 1987, when the line was released. At that time, the digital gadgets were still all the rage and since it was the coolest thing ever, the consumer was bound to pay premium for the new and exciting technology. At the time of the initial launch, this EQ cost the same as two and a half 10-serie graphical EQs. And to be completely honest, the 10-series graphical EQ is way more relevant today than this. Plastic housing being the biggest factor. The DCP serie had six designs in it. The delay and modulation delay may still be the most sought after units in Ibanez back catalog. It’s a rare occasion that these will cheap today. As always, once i had a chance to get one, i did. 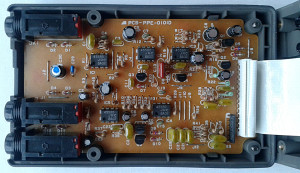 As with the most of the designs, the effect itself is all analog. As the bottom board shows, it’s more or less the same style, high quality Maxon board with your average JRC4558s on board. Board mounted jack etc. But. Once we open the whole thing up and check the upper board, that’s where things get quite interesting. 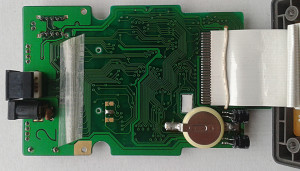 All the controls are handled digitally, while the signal path is taken care by the analog board. Let’s not forget that the unit has memory bank for saving the settings and even more importantly, the is a LCD display. Push buttons may still not be as easy to use as traditional potentiometers, but come on. This is the s*it. The highest technology in all the pedal world in 1989. 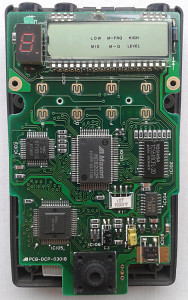 Mids are controlled as full parametric and there are separate controls for highs and lows. Making the pedal capable of boosting and cutting desired frequencies in very effective manner. While those digital controls may not be as easy to use, they do offer way higher accuracy. Oh how do i wish this wasn’t plastic…

How does it sound?
Awesome. In a good way, harsh and accurate. The level of boosting when maxed is somewhere in vicinity of the ye oldee Renometer. Blood curling accuracy with very little distortion and none of the mushiness. Where the pedal itself may not be relevant today, the tone sure is. Great, precise controls and extremely good sound that doesn’t feel like it’s coming from a small form plastic thing. Great sounding piece of Maxon design history. If you get a chance, try one out. It will sound different than the package suggests.