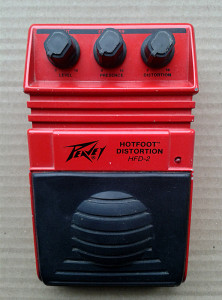 What is it?
Peavey HFD-2 Hotfoot Distortion. I’m not completely certain about the country of manufacture, but several things point to this being US made. Around mid to late 80’s.

I recall stumbling on to the schematic of this unit a few years back. There is not much special about it. From electronic point of view, we have here just our basic LM308 Rat with tweaks to the buffering and switching. But. This pedal just isn’t all about the electronic design. The housing and other manufacturing decisions should be mentioned as well. 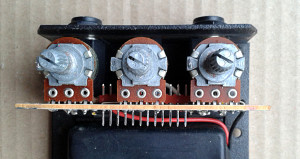 The housing is sort-of a wrap around. The thick bottom rubber is the same that goes around the pedal’s axis and also acts as a stomp rubber. This seems to be molded to the metal parts which makes the enclosure design extremely solid. There are two separate boards, one for the main circuit and the other for the connectors and pots. Two boards are connected via ribbon cable and pin headers. 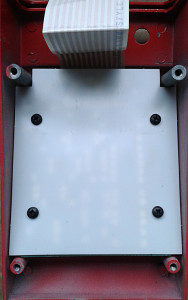 There are nice thick, white plastic films used as insulation for the boards. Not that those would be in real need as everything is fastened with screws and there’s plenty of room between the boards and the metal parts of the enclosure. Looking at the board itself, i can’t help but to think if the same PCB factory has been involved with these and the ones found in Morley Jewel Box series. Even the time factor could suggest this. Also, the traces and a few other manufacturing methods could point to the same manufacturer. I’m not certain if this is the case. With very little hard facts available, i’m just making guesses based on what i’ve seen. 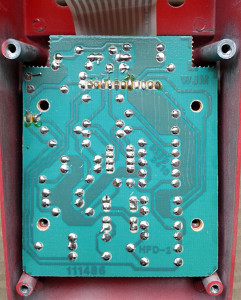 Idea of having all axial board will always look great. In this case it also means quite a few links between the components. My guess is that for a board this size the Rat-like design could have been laid out way prettier and with way less link wires. It’s not an ugly design by any means. 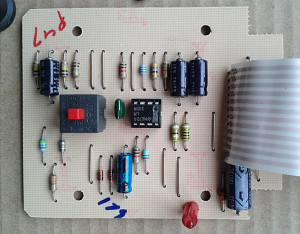 In all, the housing looks very pleasing and the build quality is very high and to put it mildly, solid.

For some reason, completely unknown to me, this unit has been listed in the Pro Guitar Shop’s “worst effect pedals” blog post a few years back. The reason could be that the author of that post had the unit back when it was cool to play with super crappy amplifiers. May that be the case or not, i must strongly disagree with PGS on this one. Why? Let me tell you why…

How does it sound?
If someone calls this a bad and mushy sounding distortion, they must hate the ProCo Rat too. There are only very few and slight changes to the design, so the sound is exactly what to expect. A Rat. That great, almost fuzzy distortion tone, just with a slightly smoother switching mechanism and a reverse log pot to get the original “filter” control in reverse – you know. As more traditional “tone”. Very nice and fat sounding Rat derivative. Nothing new or special, but this will look even more mean on your board than any of the current Rat reissues.

Calling this one of the “worst” effects ever made makes the person making the claim a person with wooden ears. Just my opinion, but should be justified.