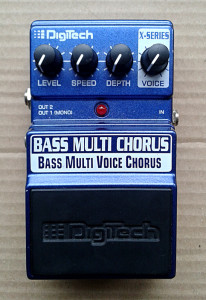 What is it?
Digitech XBC Bass Multi Chorus from X-series. Made in china around late 00’s.

Makes seriously wonder i should just sell all the X-series pedals i currently have. Opening the first one back when i did was a severe “meh” situation that offered very little to be interest about. Opening the second one made this feeling even deeper. Nothing wrong in digital designs, but the hard core recycling lowers my interest to the point where i simply don’t see myself collecting the series to the full. This one here.. It’s blue and it’s a bass chorus. I did already know what expect when i opened this one up. 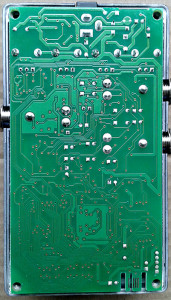 Yup. There are only two different boards in this series. The one with digital control as a potentiometer and the one with a rotary switch. This one os the former. All the units have the same Harman branded AudioDNA DSP chip in them. The same analog signal path for the buffering and AD/DA converters for every pedal in the series. The paint and print on the enclosure change, as do the programming of the DSP. Delay and reverb of the series have one more chip attached to the board, but it’s still the same board. Being an analog enthusiast, the secrets behind the software does not appeal to me. 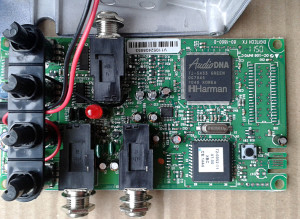 How much more boring can a pedal series get? The same exact board with different software code. Even if the tone is sufficiently good, the appeal is not there. I might just photograph the ones i have and just let them go..

How does it sound?
Sure. These do not sound bad. Rather generic chorus with decent control range. For an all digital, software based chorus, i’d says it’s a very good sounding thing. Just slightly lacking in personality, but otherwise very ok. It’s not the tone that’s pushing me away. No, not at all. It’s the lack of interesting electronics. If was to record some bass tracks today, this unit would not make it even near to what i’d choose to use for the session.