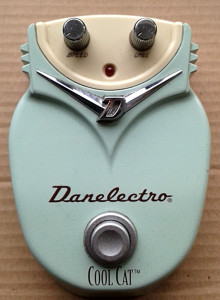 Again? Didn’t i write about this already? Well. I did, but with the later 9V version. This is the first edition that runs on 18V. Are there a lot of differences between these two? Well. Not that much, but i thought this would still warrant the overview. On the outside, the differences are minute. The only noticeable thing is the “18V” note next to the power supply jack. Once the bottom plate is removed, there are two battery snaps in place. 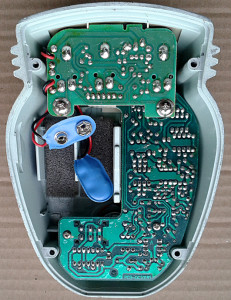 This is definitely the most interesting thing about the whole series. As the enclosure is the same for all “original series” boxes, there is this dual battery slot present in every single one. The reason must be that the 18V DC-1 was designed first and i’m assuming there were plans to use the 18V supply voltage on later models as well. Other 18V units never happened, but the dual slot remained in every pedal. Which is quite funny considering that the Dan-Echo uses only 5V for its entire operation. Due to two batteries and the doubled supply requirement, the jack board is slightly different too. 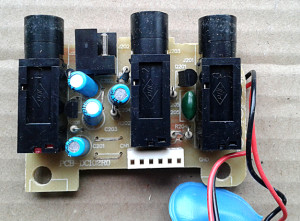 Rest of the circuit remains closer to the latter 9V version. As Dano pedals come, this is the most beautiful board design in them all. Completely filled and there is something that reminds me of Ibanez L-series boxes with extremely crowded boards a bit. Tight squeezing also resembles some of the old japanese boards i’ve seen. Although this isn’t as packed as, for example, the Pearl Electro Echo. No standing resistors. 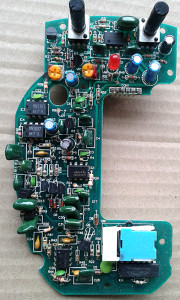 The factory that was chosen to build these had their quality high gear on with this first run. This doesn’t mean that the later pedals are done in a sloppier manner, but the plant was obviously not in a hurry when they produced these. 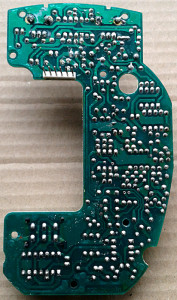 Either way. It’s very close to the latter 9V version by all the other standards. And by design. . (Edit 20200108 – As Japan Vintage FX noted on the comment section, this may have its origins coming from Maxon/IBanez, but not as the unit i originally wrote, for some reason, thought. CS-505/CS-9 would have been better suspects – and still are. Thanks!) Same box with same design. Just different power supply requirement. And that does affect one thing…

How does it sound?
Great. Fat and lush. Extended headroom and simply beautiful swirls. Definite competitor to Boss CE-2. I do not pull this card out too easily.. But. I think it’s warranted here. Very good sounding chorus that shows dedication to detail from the design crew. I’m fairly certain the world was expecting a lot from Danelectro when these came out in 1996. Sadly, it’s been quite a steep downhill ride from there. But this unit is really top notch. No way around it. Possible the best Danelectro pedal ever.