I know it’s been a while since my previous post, but i’ve never been away completely. Just swamped with other aspects in life. Like renovating a house to host my build desk and small recording studio and living quarters for the whole family etc… 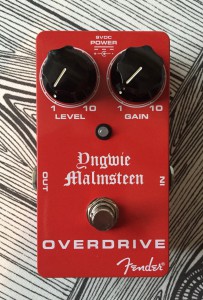 What is it?
Fender Yngwie Malmsteen signature Overdrive. Made in china, 2014.

I was about to place an order at one of the bigger music stores in europe and noticed that this Fender branded and Yngwie endorsed asian pedal was priced pretty nicely. So i got it as an extra side o’ fries. I was more than just convinced the insides would be nothing more than slightly modded DOD OD250 as that’s the magic to Yngwie’s tone. Or at least, has been for a couple of decades. Let’s get one thing straight before going further.. I’m not into metal at all (not any metal, unless it’s just good ol’ plain hardcore punk or some classic thrash) and thus, never been that interested in technical shredders that tend to get their names on guitars and pedals more often than my idols. Who are usually very heartful players with massive sense of style. Think Andy Cohen (Silkworm, Bottomless Pit etc.), Doung Martsch (Built to Spill), Frankie Stubbs (Leatherface), Dave Quinn (Tiltweel etc.) etc. While the shredding the scales up and down is definitely not my cup of tea, this goddamn swede is something quite different. Hats off.

Anyway. Got the pedal and for some idiotic reason i didn’t have suitable imperial hex keys to get the knobs off. At that point i tried it out and played with it for a while before packing it up to its box and let it wait for tools. Took me more than six months before i realised i had imperial keys in my desk drawer all along. Since the initial test drive was on par with my expectations of OD250 derivative, i was not in a rush to do anything. When i finally got to opening the pedal up.. 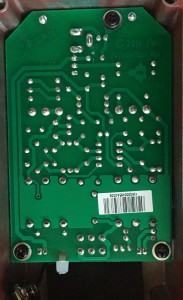 Nope. That can’t be a board of a straight up 250 derivative. Way too much going on. And flipping the board over confirms it. I do enjoy it when i find i was wrong. 250 has something like 13 parts total and one single opamp. The YJM380, which is the previous signature pedal, has the same type 4558 dual opamp, but the second half is unused and tied to ground. Here it serves a purpose. Haven’t done a trace so can’t say much, but i believe the clipping stage and the main gain stage may be similar to 250/380. The switching seems to be way more complitade than what those previous models have. Still there are number of differences. 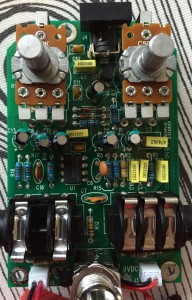 Most obvious differences come from the build methods when compared to the DODs. Everything is board mounted and overall build quality is very familiar with most of curren, better, made in china stuff. No super tiny SMD, but rather clean through hole construction. I should take on the circuit one day and reverse it to see if there really is as much in difference as i currently think.

But do the differences change the sound and feel enough to declare this a completely different sound from 250/380? Answer could go either way. For the purist end of tone hunters, who swear the tone of the Grey 250 is the only true “Malmsteen” tone, the cheaper Fender tryout won’t do. But for the rest of the folks, most of the population, this will serve well and deliver the parallel tone for the original.

For what it’s worth, i’m not that happy i keep comparing this with DOD overdrives. But then again, this is supposed to be the pedal for that “Yngwie tone” – which many of us will always connect with OD250/YJM380.

How does it sound?
Close to 250/380 (of which’ tone i assume you all are familiar to), but there are tonal differences. Output level is enough to boost your amp and the gain control works very well as it offers usable control all over the sweep. As the 250/380 do as well. I’d say that the single biggest difference is the overall feel. While the DOD predecessors have notable character and personality, this thing delivers its payload close, but it still feels somewhat tame. Like a lion versus a household cat. Same genetics, but still different animals.

Which doesn’t mean that one would definitely be better than another. Fender does not sound quite like the pedals previously associated with YJM, but it gets close. I personally find this a keeper – in addition to my 250/380.