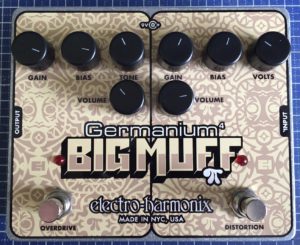 What is it?
Electro-Harmonix Germanium4 Big Muff Pi. Made in NYC, USA in 1013.

Buzzword. Much like “cloud services” or “streamline” in some other contexts. For pedals it’s usually “Germanium”. Next and the biggest single question – how come this unit has nothing more to do with a Big Muff than its name.. Since late 60’s the Big Muff has mostly been the same four transistor circuit that can be compared to Tubescreamers to a certain degree, being somewhat a standard and a subject to numerous (hundreds, maybe) derivative clones over the years. So the marketing department at NYC has decided that in modern day it’s ok to sell anything with BMP name. Well, i don’t need to be this harsh. The designer team may have had a few people of prestige involved. But still. When i hear the name “Germanium Big Muff”, my initial thought will instantly move towards the classic four transistor circuit, with germanium transistors instead of the basic BC550C (or similar) that we see in all modern BMPs. Even the number 4 in the name would suggest this. But no. 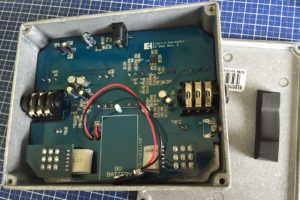 In reality, the pedal is two separate circuits in series and there is basically nothing that would even point towards the classic Big Muff, except for the name. There is a trace at Freestompboxes forum (may not be 100% correct and to see it you’ll need to login), that’ll confirm the suspicion. Basically the distortion half uses the two NKT275s as clipping diodes in a feedback loop of a non-inverting opamp, where overdrive half has the two germs in a signal path, but still utilizing an opamp for recovery. This part has some similarities with the EHX Germanium OD released in XO series earlier. The transistors are those current repro NKT275s that EHX must have bought in as truckloads. For the rest of the components and board design, the unit is on par with all the other modern EHX pedals. Mixed SMD and through hole design. 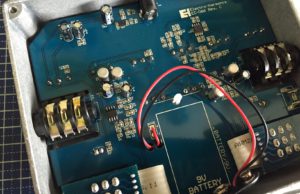 But what comes to controls and other features, this isn’t as bad pedal as i first thought. The overdrive half offers very similar tones as the XO series GeOD, but with much wider controls. And the distortion goes with decent control set as well. To me, it seems that the biggest issue remains with “false” marketing and labeling. Another head scratcher is the price development of new and used market of these. Just a couple of years back you could score one of these used for $40€, but for some reason not explainable, the current street price is something notably higher.

How does it sound?
Not bad. Both halves are like peaches from separate cans. Neither of these may get the label of “musical”, but there are tons of those ye oldee school slightly misbiased germanium transistor tones available. Both halves activated, there is some high gainy/fuzzy sonic bliss in the air. Not enough to blast through the roof, but still very decent distortion with a vintage-like touch to it. If i wasn’t offended by the misleading marketing and labeling, i’d hype this pedal to a degeree that i rarely do. But since there is certain, slight feel of being swindled present, i hqave hard time of praising the unit.

It’s not bad, at all. It offers quite wide range of those misbiased old school drive tones that most of us love. Nevertheless, i believe this unit won’t be too popular and it’ll settle for the status it should have. A novelty, or a speciality, that’ll get one purpose covered nicely. Nice. Not shocking, but nice.