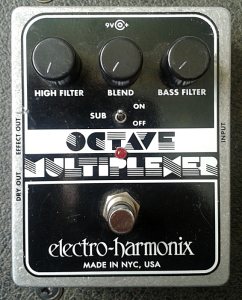 What is it?
Electro-Harmonix Octave Multiplexer from XO series. Made USAaround late 00’s

No. I’m not writing everything about this again. Just check out the post about EHX Octave Multiplexer Reissue. The main points for the design are written in there. There are a few differences between these two units, mainly on construction methods – that’s why i’m posting these separately. 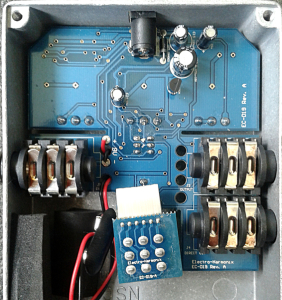 From electronic point of view, this is exactly the same effect as the big box reissue. Only differences are the manufacturing methods and the type of components. While the reissue tries to stay true to the vintage Octave Multiplexer, the XO series version just tries to add more user value to the design. 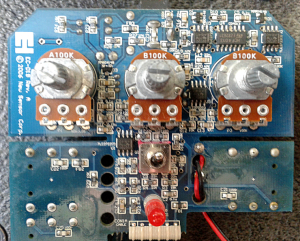 The main difference in features is the “Dry out” jack placed next to the “Wet” output jack. This allows the user to split the signal to two paths. First for the sort-of bypass and second for the processed signal. Nice feature, but has few applications. Supports experimentation though. And that’s not a bad thing.

How does it sound?
Exactly like the huge box reissue. Both of the versions sound exactly like each other, so in reality there’s not much point in having both. Unless you love down octave divider effects and are a pretentious asshole, also known as the collector. Again – For a bit more in depth article on this circuit, check out my Octave Multiplexer Reissue post.